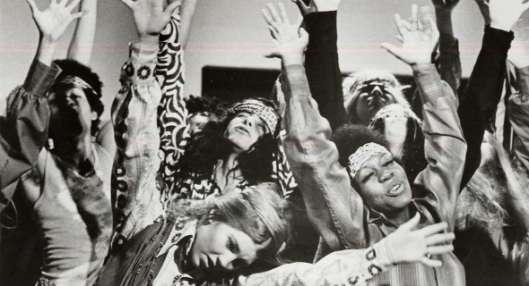 A while back, a group of us went on a ‘man-hike’ in the forests of the Portland West Hills; A small posse of men that I met with on a frequent basis to talk about life, vocations, and purpose. It’s a diverse group, to say the least, coming from a wide variety of backgrounds.

Some are retired, some are designers in large companies, all are creative in one way or another. One friend who is much like a mentor to me, just returned earlier this year from walking the El Camino de Santiago. Walking over 500 miles for this 72-year-old Scotsman was not the greatest part of his journey. No, for him, the pay off is always in the relationships he builds along the way. We have an ongoing joke that he “hath no strangers” in his life. His success during his working years was 2-fold: the ability to synthesize complex databases into a simplistic UI and, his ability to create friends in every part of his life.

This concept of ‘people first’ and its evil cousin ‘burn-out’ continues to come to my attention in the tech world through CEO interviews and employment review companies such as Glassdoor. Happily, tech companies are increasingly moving away from the traditional hierarchy of leader/worker and moving toward supporting independent thinkers and designers in a team environment. This may look like unshaven men and women in Hawaiian shirts and flip-flops, wandering into the office at 9 or 10 am sitting down to their computer, yoga mat on the side. But don’t let that fool you. This wildly creative appearance of individuality has nothing to do with an inability to produce phenomenal designs or demonstrate stellar productivity. I see this environment over and over again in the creative industry when I visit various design studios. I even found myself in a similar situation while at a FARO Technologies conference in Florida. I recall exiting the cab in shorts, a pony-bun, and a somewhat ‘homeless person’ appearance at a swanky resort. (I didn’t get a towelette on the plane! I hadn’t had a tall white chocolate latte yet! Locusts had eaten my Macy’s card…). The aged bell-hop holding my bags took a stab at my vocation after I told him I was a guest speaker. “You’re in the tech world aren’t you?” Curious, I asked why he thought that. He replied that he just “had a feeling…”

Several companies are leading the way in putting people first, loosening up on dress-codes, and encouraging the creative process through decentralized leadership and innovative employee benefits. 37signals and Dreamworks come to mind. Companies moving to a boss-less environment are certainly more common.

So, does this really increase productivity and promote business growth? My experience tells me that when people are happy, and happiness can be created in an infinite number of ways, they tend to be more loyal and willing to go the extra mile for their team.

In the AEC industries, I cannot help but believe that a lot can be gained by encouraging team-based leadership and spending a little time getting to know employees for who they are and what motivates them. Whether analyst or supporter, promoter or controller, everyone ultimately wants to feel that they are important and are valued as a contributor to the team. I think we might see that, as the AEC world continues to move into the visualization world through 3D software, the industry demographics will begin to look like the animation/design studios I’ve been touring.

After a very formal poll with strong metrics backing up the data, deep reflection, and a cup of tea, the following list was compiled as a vision for our dream workplace:

1. On-call consultant Patch Adams puts on a silly nose and tells us all ‘how special we are’ when numbers are down.
2. Everyone gets a pony ride when they did good.
3. Company picnics include a bonfire on the beach…in Costa Rica.
4. New software comes packaged with a little clone of the software designer – who is contractually obligated to set up a cot in the company lounge for no less than three months.
5. “Lord of the Dance” is played over the loudspeaker during project crunch time.

I’m shopping for sound systems. I aim to inspire…