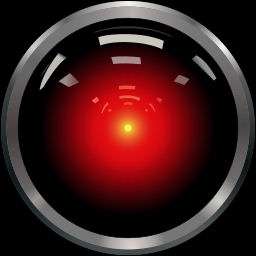 To My Dearest Collective Human Consciousness:

Covering the basic premise of rendering and animation does little to explain what good it can do for us. But the visions of scientists and innovators are made manifest through artistic renderings and animations, which in turn can sway the public interest to support their ideas.

There are those that dream big, proposing the ideas, those that like to operate on the sidelines with the data, there are supporters who invest, and then those that end up running the show. Some of the time – especially in the non-profit world, all of those roles are often played out by really just one or two people…whether they want it that way or not. To spend the time to learn how to create visualizations by hand or on a computer is just not always feasible if one is a mechanical engineer, scientist, or event organizer.

I’ve been approached by a few dreamers over the past several months that want to create an abundant lifestyle through their projects or lifelong dreams. One very kind woman wanted illustrations for a children’s book she was writing on foster care. She wanted the illustrations to convey the emotional experience that this carries for youth in transition. Another wanted a historical building rendered to depict what it could be if people would invest in its restoration. He believed that a community would benefit by the re-purposing of this historic architecture. Still others wished to teach about the built environment through 3D models and augmented reality apps.

Truly, the list goes on… Of course, the common thread is that they need someone to do it because creating visualizations for marketing or advocating a cause requires training and, in my experience, not many people invest the time into this field to meet a variety of consumer demands. Some artists simply create for themselves or hope that people will have an aesthetic experience with their own visions and ideas. But creating something that coincides with the vision of another person is a very different animal. Commissioned visual art requires constant communication and sometimes, a thick skin and dose of humility. Some would argue that creating for others is much like ‘selling out’. The art world can be a funny place. But I digress…

All of those photos of planets and dinosaurs in grade school were commissioned. Yet somehow, in the minds of many in the AEC world, having a visualization of a concept design still seems pretty new and many do not see the point to ‘see’ something with crystal clarity before an investment is made. Perhaps it has been the complexity of CAD software that has many in trepidation. Perhaps it’s the economy that has many thinking they can’t afford pretty pictures of a few hundred thousand dollar remodel job. Or perhaps it’s the die hard designers that feel 2D is always good enough for what they need.

As we move deeper into the world of increasingly accessible software, building owners wanting to reduce change orders, and of course BIM, I think the times are changing on those ideas –