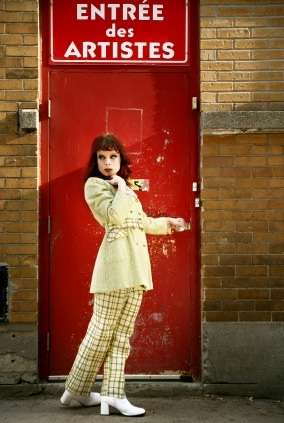 One thing I have learned about blogging; the more experiences and input one receives, the better the writing. Journalism has always been something of interest to me, but not the sensationalism that is so common in our country’s media. I have a particular attraction to honest journalism that weighs multiple sides of the story. I like clever, smart, and funny – in good timing. David Sedaris, while not a journalist per se, certainly has been an inspiration for self-deprecation and timing. Whom I wonder, cannot be simply inspired by his famous quote to “bend over and say ‘Ah’?” That statement is just wrong on so many levels… Potty humor aside, I still admire his bravery to admit so many things that many would be afraid to admit. He, in his somewhat twisted and whimsical way, reminds many of his readers of their commonality and fallibility.

Stepping into the optimistic side of this dialog, fallibility is a close nephew of humility in my experience. That’s the good news.

I attended a laser scanning conference awhile back and couldn’t help but notice Mr. Sam Pfeifle typing away as each speaker gave their presentation. He was absolutely working all day and it showed in his great write-ups for each speaker. It was honest, candid, and technically sound. I appreciate that.

Fast-forward… I attended the American Institute of Architects – Technology Symposium at Portland State University, Oregon (my old stomping grounds). This move had several motivators: see and hear about the latest technology in practice, take a day to recharge, and step into my journalism role to have something new to share with you, dear readers. As expected, the designers that presented were incredibly artistic in the visuals they used to convey their ideas. Many wore sneakers, corduroys, or simply a t-shirt. It wasn’t difficult to visually separate the engineers from the designers (blessings to them).

The brilliance of both engineers and designers were in full form with some of the work presented. It was inspiring to meet the players responsible for the latest developments coming out in the 3D world.

Here is a run-down of the ‘Think’ Panelists:

Lucas & Vicky talked extensively about the psychological aspects of creating a user experience (UX). In fact, their team is lead by an anthropologist! They spend their days studying how people learn and use technology and then proceed to, in their own words, “prototype impossible things.” In one of their more recent projects, they created a ‘better steering-wheel’ by testing the way a person interacts with their dashboard in a car. Using motion tracking devices, they monitored patterns for a typical Sunday driver. (I had no idea how much research went into the placement of my latte holder. Now I am even MORE grateful…). To find better ways to study the UX and common behavior patterns of people, they had people empty their cars (trash and all) onto the sidewalk and talk about why all of those items were there – presumably, without judgment. After they accumulated enough data, most of their designs were fabricated with 3D printers.

This dynamic duo also talked about the future of photography and how 3D models extracted from photos are just going to get better. The reverse will also be possible as well – creating photos from 3D models, perhaps of impossible landscapes.

Robbie Fuller was perhaps my favorite speaker because of his amazing ability to sketch on the fly with Sketchbook Pro from Autodesk. Robbie is a shoe designer for Adidas and I can honestly say I’ve never seen someone sketch a shoe in perfect perspective as well as he did. That’s gotta be worth something.

More intriguing still was his talk on how technology impacts the creative process. He broke this down into 3 “sparks” or, said another way, inspirational creative ideas born from 3 factors.

How to create “sparks”
1. Start with the Observation Spark
2. Delve into the Fabrication Spark
3. Dwell on the Ideation Spark

Observation Sparks
In this example, he talked about how his team studies the ‘standard’ athlete. Using 3D motion capture they “trick” the athlete by having them do a jump-shot with no hoop visible. With no goal for the athlete to wrap their mind around, they’ve found that it’s easier to algorithmically track motion. This is an interesting concept in that when an athlete has a goal in mind, they tend to jump higher or differently based on their own style of movement. It turns out that removing this “goal” variable makes product testing (such as the spring of an athletic shoe) much easier for a computer to analyze. Therefore, by the act of observation – becoming a student of what the athletes are actually doing when given a certain set of instructions – Robbie’s team found a way to create a method for establishing a baseline for their computer’s algorithms.

Robbie’s team also uses biofeedback visualization software to see whether an Adidas product actually helps with performance (it does, by the way).

Fabrication Sparks
Several methods for increasing productivity and quality of fabrication have been born from other forms of fabrication. This is much like the concept of learning; we learn one thing which relates to another thing somewhere down the road, which helps us to understand other concepts and processes easier – even if we’ve never been exposed to them directly. 3D printing for example, can be used as a reality check for actual manufacturing. It can be a test for the feasibility for a design that could exist in the real-world.

Another ‘spark’ was demonstrated in laser cutting technology. Now they are using mirrors to have lasers cut out patterns rapidly and with great precision rather than waiting for the mounted laser to traverse a series of gears. With the idea of simply reflecting the laser, the need for complex and relatively slow machine systems has been eliminated.

Other ideas included ‘smart metals’ that expand and contract with specified temperatures to specified tolerances. This has great applications with fit closure systems and the like.

It was his belief that renderings of products for the manufacturing world will become, by necessity and ease of sharing, standardized over time. Does this mean that the creative renderings we all love to do will not be in demand in the future? Perhaps not in his industry.

Nelson Lowry is a production designer for various animated feature films. His specialty is to take creative director’s ideas and make them a reality on the screen. He’s worked with Tim Burton on a few movies and has a knack for compositing (animation term). By the way, compositing is a career all in itself. This type of work is accomplished in most animation software to include Nuke, Fusion, Maya, Blender, and others. Interesting to note was that 3D printing was used to create the hundreds of facial expressions needed to bring the puppets in many stop-motion films to life.
———————-
What I learned from these terrific speakers today was their ability to take their creativity to remarkable levels while under pressure and often with few resources. Each one approached their work with an eagerness to learn, never assuming that a single solution would necessarily be the best solution. They talked about their process and how they tried all manner of methodologies to accomplish their goals, failing often along the way. It was clear that they were not just providing new innovative solutions to problems, but that they absolutely loved their vocation. They were honest about the amount of work involved – notably Portland’s own, Nelson Lowry’s explanation of the amount of time it takes in production design to produce a few seconds of stop-motion animation; as in his latest movie project Paranorman. The thousands of hours required for a project like this is staggering (and I’ve complained about a rendering taking a few hours!). They approached their work with a ‘beginner’s mind’ and dwell in that space often.

“Parting is such sweet sorrow,” as my grandma used to say. It is my hope that a spark was ignited in some of you readers to create, share, and dig into your artistic side for a spell. Perhaps even taking yourself out on an ‘art date‘ to find your creative inspiration. I also recommend flowers –