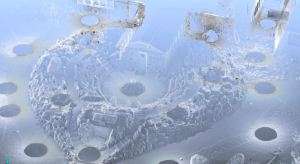 Geometry. Mathematics of shape and size and position. The subject of patterns has captivated me for many years. There is something a little mysterious about this subject. This idea of hidden meaning behind simple lines, colors, and otherwise mundane arrangements often makes me wonder what the originator was trying to say, but, for whatever reason, decided not to say it plainly. Instead, they left a puzzle for the rest of us to decipher.

A few years ago, our team documented Petersen Rock Garden – A beautiful, and quite unusual historical landscape in the middle of desert ranches and alfalfa fields. Working closely with a local historian, I learned that Rasmus Petersen, a Danish Immigrant and creator of this now tourist park, was a Free Mason. Hmm. He was also known to be influenced by nineteenth-century Scandinavian philosopher Nicolai Frederick Severin Grundtvig through the Nysted Folk School in Nebraska.

This was not a simple man. He was educated and had ethical beliefs instilled in his life at a young age.

Further study of these rock gardens from the laser scans revealed some interested ‘patterns’. It was fairly clear from the ground that features of the gardens may have been arranged in a particular way for some reason. But this was not entirely clear at first glance. We took the virtual camera to an aerial perspective to have a better look and assess whether there were in fact patterns to this site.

These are somewhat typical features throughout the garden’s sculptures.

Notice on the left of the image the shape of a ‘key’ that is about 20′ long. To the south of this is a small island with a little stone house on top and an interesting round window much like the shape of an eye.

It is easy to get lost in the quaintness of these little sculptures and not notice the bigger picture of what may have been in the mind of their creator. Perhaps another few images can help…

To the left, note the cross-symmetry of the bridges leading to the central castle in this group of laser scans. The scale of this sculpture is about 45′ long and 20′ wide.

When we looked at the island structures and the large trees planted there as well as the geometry of not only the sculptural detail with the number of stones and rocks, but the overall layout of the larger, conglomerate structures as a system, we were beginning to get a feeling that there was something religious or spiritual going on. The overall architecture of many of the sculptures were clearly Danish/European in origin, but having 12 stones in a small table that sat alone in a small grotto for example, seemed to say that Rasmus Petersen was contemplating deeper things than just European architecture – as beautiful as that was.

What we did find was that the architecture was older in its style, and the symbolism based on a very old religion and tradition.

Yggdrasil. Not a typo. An immense Norse tree on which the 9 worlds existed. This, we discovered, is what was lying beneath this symbolic surface of a remote, 4-acre rock garden in the middle of nowhere.

Part of the clues we found were in the many urn-like structures all around the garden originating from the idea of Norwegian ale bowls with a hint of Lutheran baptismal font.

But that is only part of the story – as interesting as that can be.

This Viking of a man devoted a large part of his existence to a successful farming career while building this rock garden. And during that period, I can’t help but wonder what he may have been reading, studying, pondering… He left a mystery for us. Funny how time erodes the stories of our past. How soon we forget.

What was his message? Was there a message at all? We now know that the grotto he built was a somewhat unrelated structural topic in his mind. The historian that worked on this project also discovered other influences Rasmus Petersen had. Rock gardens in and of themselves are historically spiritual and Petersen’s garden certainly has mid-western folk influences.

I’ve spoken of software that can extract geometry for 3D models. Perhaps we will create software that extracts human symbolism from geometry for historical research one day with AI, guided by a human hand, of course. So while current software still cannot extract every pipe, nook, rusticated joint, and quoin, even from a point cloud, it is improving. But we still need folks that can make those historical interpretations, perhaps, if they’re willing, leveraging technology to make their job easier.