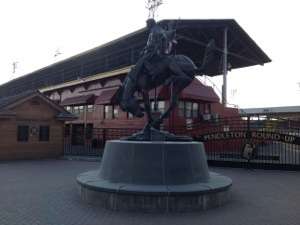 We completed the 3D documentation of the Rivoli Theater in Pendleton, Oregon. This was no easy task but was well worth the effort. This historical vaudeville theater is an absolute gem of history. It’s clear from its design that modern architecture has changed its philosophy on design and space. The Rivoli maximized the main theater space while keeping the design tight in areas where the public wouldn’t congregate.

It’s very quaint to imagine what a night at the Rivoli may have been like. I can only guess that there would have been a lot of excitement around the upcoming shows – both from the audience and the performers preparing in the dressing rooms tucked under the stage area.

Below ground, a large fan system with wooden ducts large enough to fit 4 people side by side would ventilate this desert attraction during the blistering temperatures outside. Goods may have been moved from the theater to the neighboring markets and vendors through the tunnels sprawling like a web beneath the city. Opium dens would have been a common scene when traversing the tunnels and perhaps only the poor or daring looking for a thrill would’ve frequented those catacombs.

There was a great deal of work to be done – $5 million worth was the last estimate. But for a town with nothing like it anywhere for hundreds of miles, I think it will be a good investment for the community and tourists wanting some entertainment after the Round-Up.

The best part for me in this experience was meeting the people who are bringing this theater to life. Andrew, the director of the Rivoli Restoration Coalition is an amazing, hard-working and dedicated man. He can motivate anyone with his kindness. And to all the helpers I had the pleasure of meeting: Will, Brian, Mitch, Dan, Keith, Fritz, and many more – You made the trip to Pendleton totally worth it!

Parting is such sweet sorrow, as my grandmother used to say. But the Digital Legacy chapter is coming to an end with more adventures to come from those of us havin’ a hankerin’ – or perhaps an itch – for something in the great unknown.